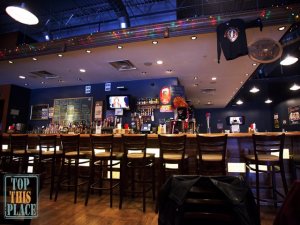 Wait, what was that? Did he just say BBQ and Maryland in the same sentence?! Why yes I did and no matter how much of a travesty you Carolinians, Kansasites, and Texans may this it is, we do have at least one claim to fame for good BBQ. Welcome to Hempen Hill. 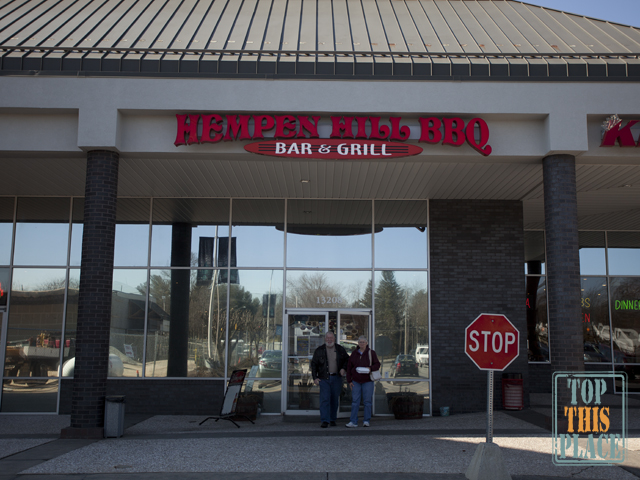 Me and my parents, who were out to lunch with me that day, were quickly greeted and sat at a table by the bar. They have a pretty large selection of craft brews and you’re not just stuck with your standard, watered down domestics. This is a plus as the restaurant also doubles as a venue for live bands. Hempen Hill hosts live music every Saturday and occasionally on Fridays. The bands includes everything from blue grass, to rock, to open mic nights and the atmosphere makes it a great place to enjoy live music. 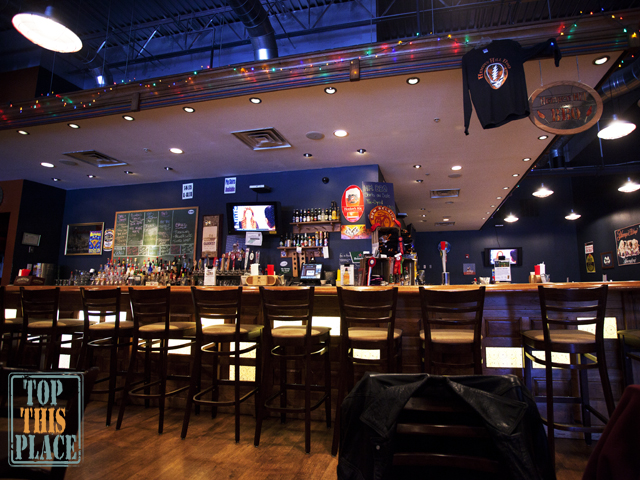 So onto the food! My parents both ordered the NC Pulled Pork sandwich with fries while I ordered the Alamo Melt and Brunswick Stew. The waitress told me that they were out of the sweet & spicy pepper topping, but I still decided that brisket was too good to pass up. We made it there fairly early so the wait for food was very short. I have been in on a busy night with a table of 6-8 people and we ended up waiting a while, which is totally expected when going to a busy restaurant with a large group of people. Just make sure your company doesn’t suck, or else the wait will end up being even longer.

First up was the NC Pull Pork sandwiches and fries. My god, those sandwiches were massive. I’m not a fan of coleslaw, but I didn’t order it so I had to deal with it. I tried a bite and the pull pork was amazing. It’s probably some of the best that I’ve had and that’s saying a lot. I once smoke over 60lbs of pork shoulders one night. The sauce was right on point with being sweet and having a little bite, but not enough to turn off someone that’s not into the hot stuff and the pork was just so juicy and tender. Even the fries were good, but I did go to a BBQ restaurant to eat fries. 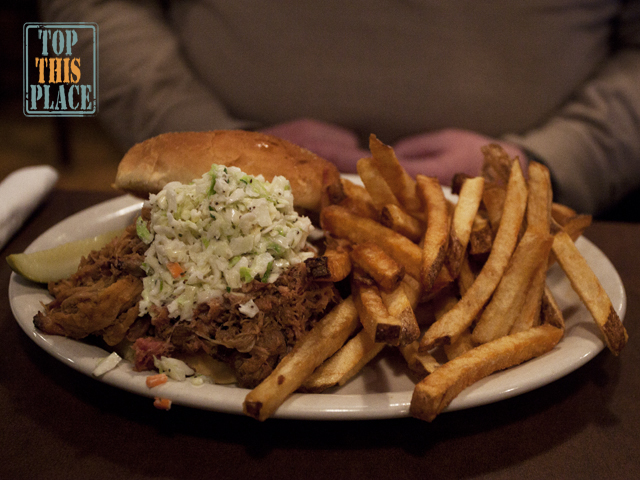 My Alamo Melt and Brunswick stew:

The Brunswick Stew surprised me. I like soups of almost all kinds except those that are tomato based. I’m not going to say I hate them, but I’m picky about what I eat. If it’s too tomato-ey, it’ll give me hearth burn and it has an overly acidic flavor. Generally most tomato soups, over-tomatoed chilis, and the like are out for me. Hempen Hill’s take on a Brunswick Stew had that look to it at first glance, but fortunately it didn’t live up to that reputation. It had a very nice balanced flavor to the base and was filled with veggies, beans, and BBQ meats which appeared to be at least brisket and pulled pork. It was delicious and it’s something I wouldn’t hesitate to order on my next trip out there. 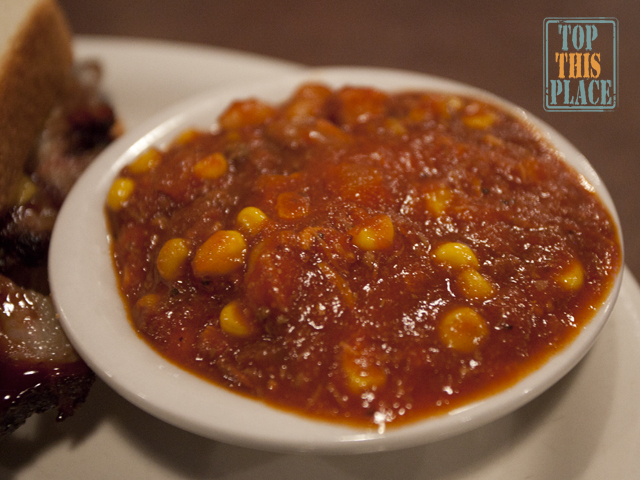 Now for the coup de grâce of the meal, the Alamo Melt. Mine consisted of obviously smoked brisket with chipotle BBQ sauce and cheddar cheese. It was love at first bite (don’t hate the player, hate the cliché). The brisket was super smokey and so tender. It just melted. You could see the smoke rings just under the crust. If I could eat this every day I’d do it, consequences be damned! At once point I discarded the bread and just went straight carnivore. It was good. I don’t know how many ways I can say that, but I’d try to do it every single way if we had enough space here.

Hempen Hill defied expectations as the last time I was here I ended up with BBQ chicken, which was an OK meal but nothing that stood out at me. This time, everything I had was just over the top good and worthy of a place in my favorite restaurant books. If you have a chance to visit Hempen Hill you need to do it and you need to indulge in the brisket. I don’t care if you don’t like beef or you’re a vegan, it’s worth going against your morals to try it. Just do it. Don’t ask question.

And on a more important note, Hempen Hill gives back to the community in the form of donations as well as hosting benefit nights where they donate 15% of the food sales from the people you invite to your organization. Besides serving good food, they support their local community and what can be better than that.