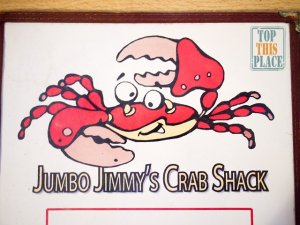 So on a recent trip to visit some friends in Havre de Grace, I mentioned that I wanted crabs. Rather than taking me to the local truck stop, we ended up at Jumbo Jimmy’s.

Unfortunately beer goes with crabs. Why is this unfortunate? Because I had ridden my bike up to visit my friends, but I don’t ride when I’m planning on having more than a beer so I went with my friends in their Jeep. If I would have known that Jumbo Jimmy’s would have been such a biker bar, me and the Harley would have been there. The photo below only shows part of the picture; there were a lot more motorcycles parked in the parking lot. 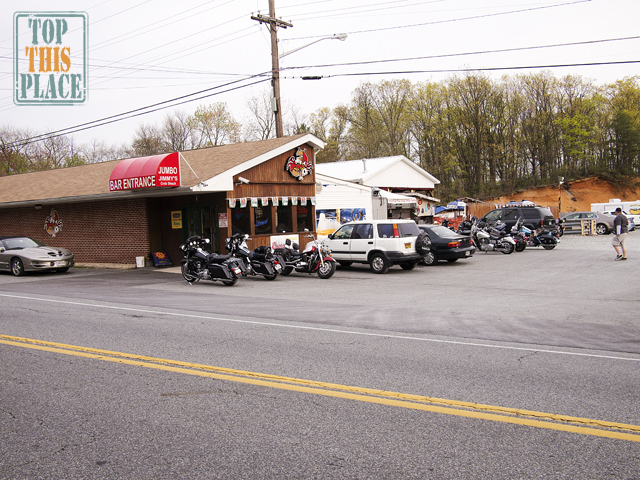 Upon being seated the three and a half of us were handed menus to peruse while waiting on Ben to show up. Mine stayed where it was at as I already knew what I wanted, a dozen medium/medium large crabs and a pitcher of Bud Light. Do I ever drink Bud Light? Not too often, but they didn’t have the beer selection of the Brick Skellar and I wasn’t being picky.

My friends Ryan and Julie had just about decided for themselves and Kommander Kronk (the only name I recognize their son by) by the time Ben showed up. I had already been sitting there, waiting for succulent Maryland blue crabs. The decisions were made and orders were placed. The other people at the table, now insignificant to my desire for crabs, ordered something that wasn’t crabs while I ordered a dozen crabs for $45.

The appetizers for the others came out, there was a crab dip in a bread bowl and a plate of chili cheese fries. The crab dip was very good. It was seasoned right and had just the right consistency. The chili cheese fries with bacon where good too, but they weren’t what I was there for. 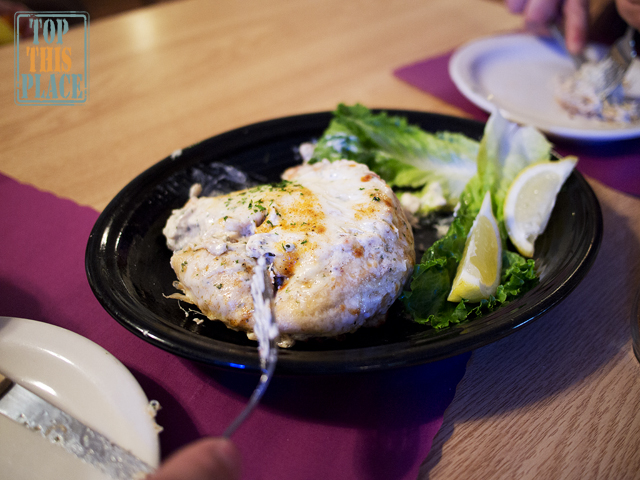 Eventually the feast was served! The crabs were brought out and I was allowed to dig in and…take forever. Apparently my friends like to complain a lot about my crab picking habits; they say I’m slow. I really don’t care though, I get the job done. The crabs were cooked perfectly and had an extremely tasty sweet crabby flavor to them. I could have sat there until closing time and picked crabs if I didn’t have to worry about anyone else.

The crabs weren’t very large though. There were definitely not what I was expecting out of a medium to medium large crab and at $45 they were really expensive for the size. This could have been since it was the beginning of April and crab season hadn’t really kicked into high gear.

I’m going to make it a point to go back to Jumbo Jimmy’s this summer and see if the crabs get any larger. Julie’s parents had a lot of good things to say about this restaurant, so I’m guessing it was just a bad decision to try and get crabs so early in the season. I’m a huge fan of seafood and Maryland blues in particular. A lot of people would rather pick legs from snow crabs where they can get a lot of meat and complain that it’s too much work to get meat out of a Maryland crab. They’re just lazy.

If you’re in the Port Deposit area of Maryland and want crabs, make sure you check out Jumbo Jimmy’s crab shack.